So not many posts here on the next months. On the past I posted on the Blog a kind of log of my cruising itinerary. Not anymore, it is not the object of the blog and if you are interested you can follow it (and comment) on my facebook page: https://www.facebook.com/paulo.pernao

The incredible performance is from Thomas Coville on his new maxi trimaran (sodebo Ultime) that was built utilizing parts of old Geronimo trimaran: 714Nm in 24 hours on a beautiful and fast boat:
Coville is a great sailor that has been not lucky on the confrontation over the years with another great (probably even bigger) solo trimaran sailor, Francis Joyon. Now he finally got a big achievement. Here we can see Coville at his best, sailing his old and smaller trimaran on demanding conditions:
Posted by Paulo at 11:01 PM No comments:

GETTING READY FOR THE VENDÉE!

The Vendee Globe (solo race around the world) is not far and solo sailors are trying hard to get reliability on their new foils. They have been given youth problems, the foils themselves and the boat structure so sailors are trying to test them on the worst conditions 2hile others bet on the reliability of sailing without the new foils...and we get excellent movies ;-)
Posted by Paulo at 10:16 PM 1 comment:

THE BRITISH TRANSAT (OSTAR) IS BACK!!!!!

Yes the old solo transat race on the North Atlantic is back, the one that was won by Chichester and Tabarly, a legendary race and the reborn was quite good with 25 race boats, from the huge big Ultime trimarans to the Multi 50, the Imoca boats (Open 60's) and the small 40class racers. If you don't know what I am talking about look at the race history,  it's quite interesting:
http://www.thetransat.com/history

Among the boats racing an old famous one, Pen Duick II that had won this race 50 years ago with Tabarly, sailed by one of the best solo sailors around, Peyron. Look at an interesting movie comparing a 50 year old top solo ocean racer (the 57ft Pen Duick II) with a modern top solo racer (60ft), the one that won this race on the IMOCA class on this edition:


50 years of solo racing boat design evolution could not be made more clear.
Pen Duick had to abandon the race almost at the end of it with some problems but till then it made an honorable race with a great performance for the type of boat, obviously without any possible comparison with a modern solo racer of the same lenght and a lot slower than all the much smaller 40class racers.
Some images of the race start:
The winner in real time, a huge maxi trimaran sailed for the one that won the last Vendee Globe, François Gabart, the wonder kid:
First among the IMOCA class (Open 60), Armel le Cleash, 2nd on the last Vendee Globe, beating in real time the first Multi50 trimaran (the 2th IMOCA too):
The First Multi50, an unexpected Gilles Lamiré that beat all the other great Multi 50 sailors):
and the first in 40class, Vauchel Camus that had already made several other Transats among the first has his well deserved win on this one:
What about the British on the British Transat (Plymouth-New York)? Well, not bright, the best British solo sailor, Alex Thomson, stayed out (probably not a full tested new boat yet) and the best performance comes from the 40class by Phil Sharp, very proud of his 3th place and with reason, just look how he had made the last 800nm (with a mainsail with a huge gap):
Next edition is already confirmed to 2020.
Posted by Paulo at 10:06 PM No comments: 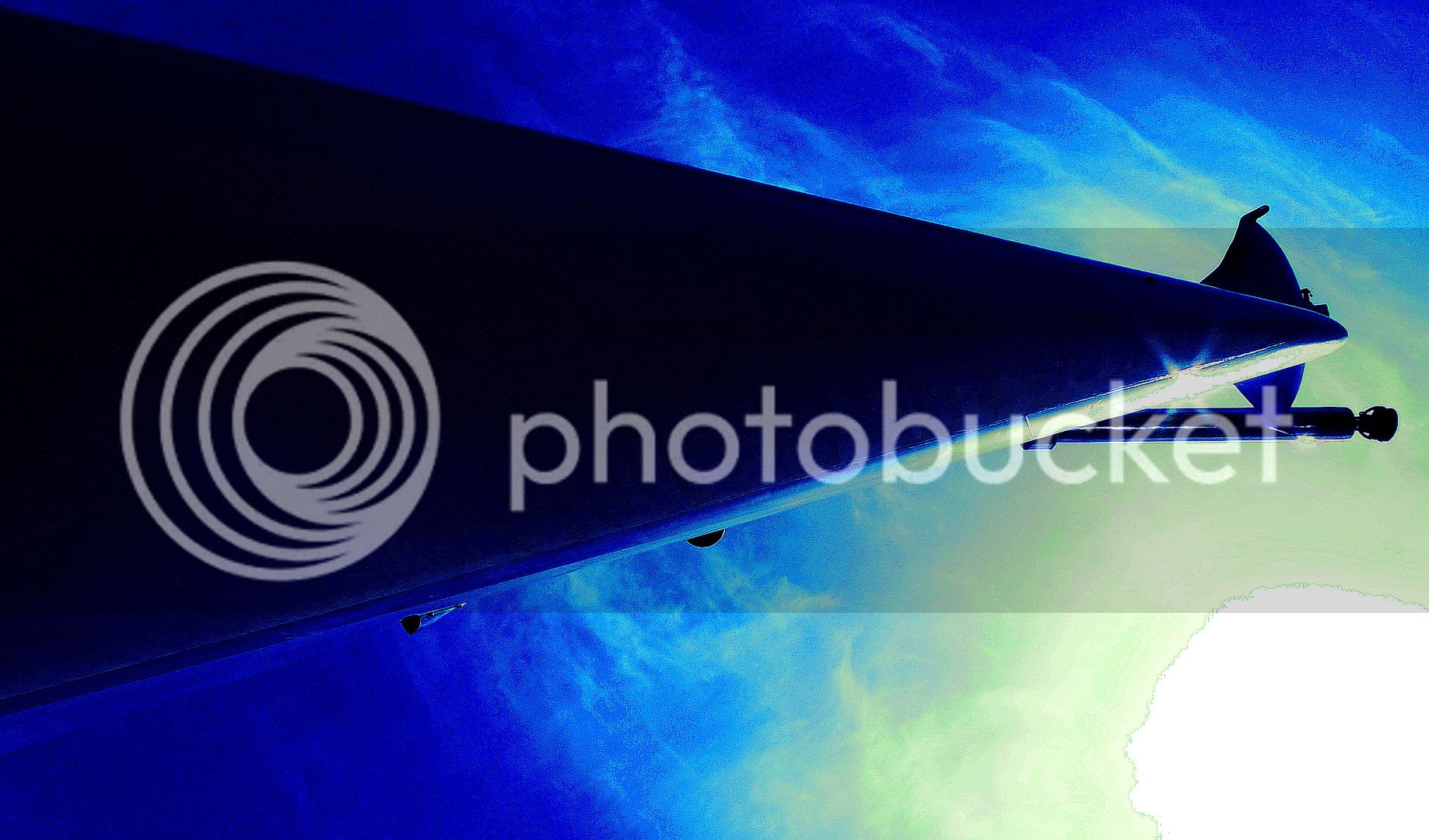 This year it has been too much work on the boat. After about a month work finally it is in the water and almost ready to sail to the North of Greece (Sporades and Greece coast), Bosforo, Istanbul and maybe Black Sea. Some photos (after so much work I had to post them LOL): 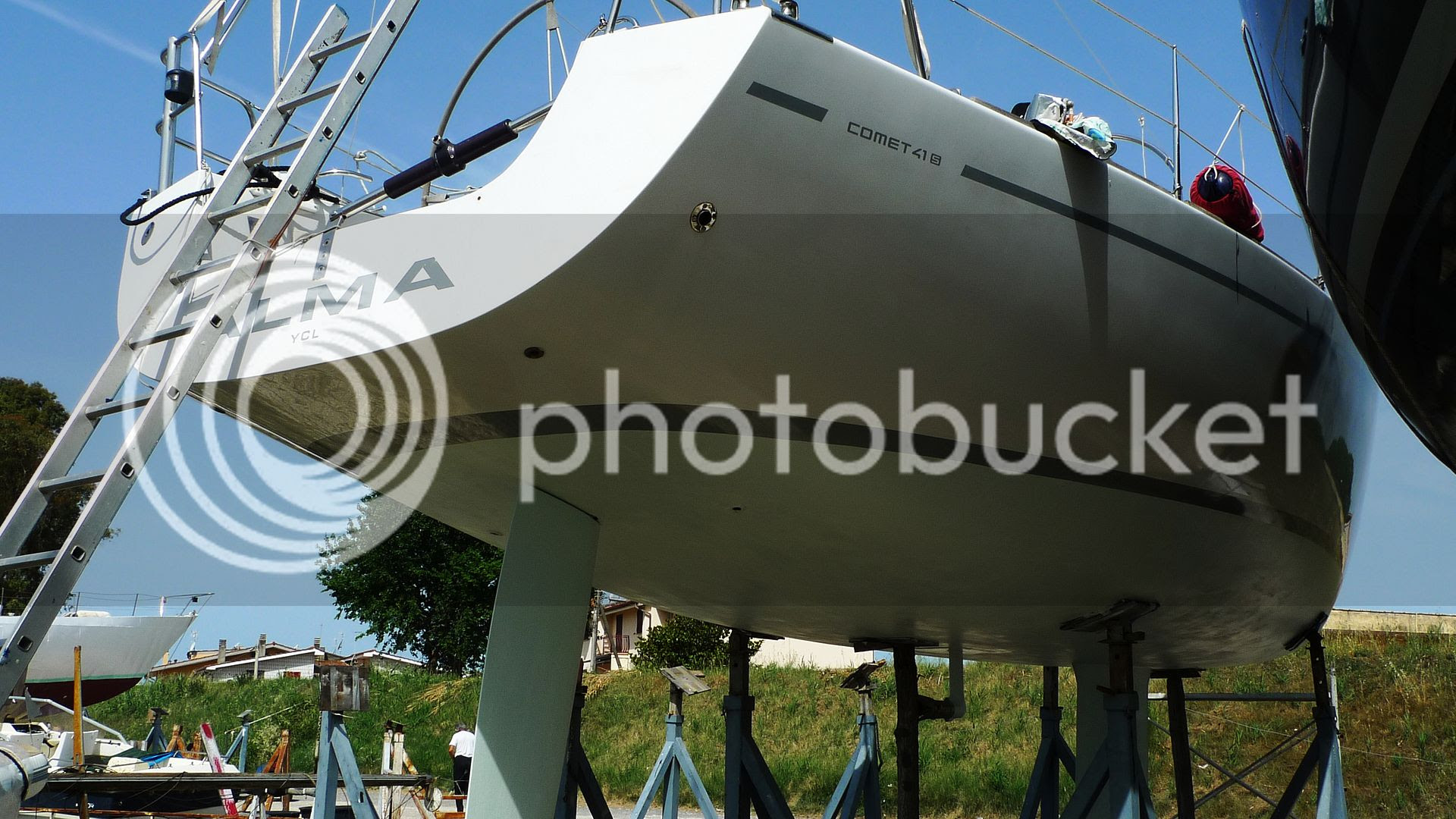 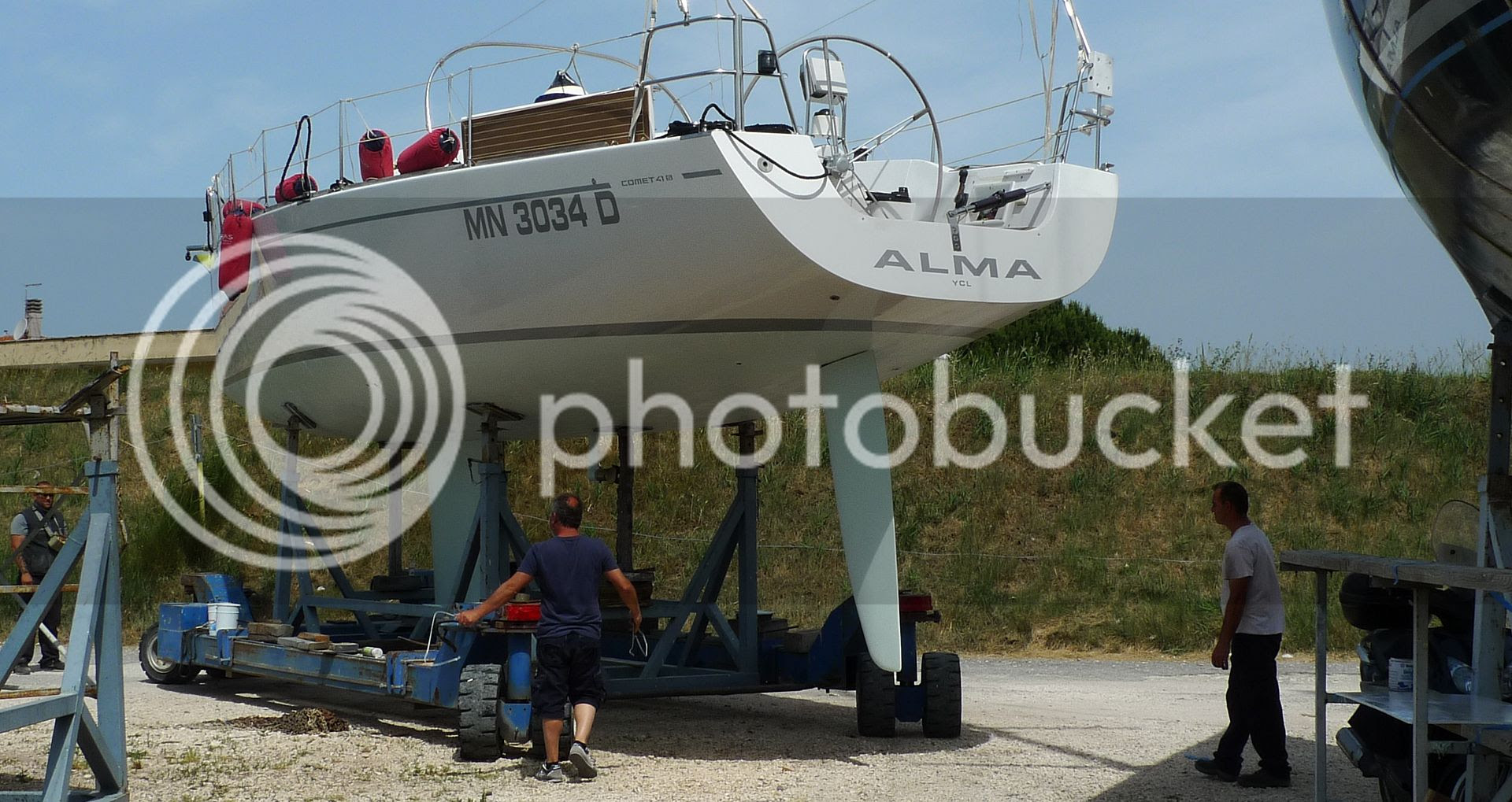 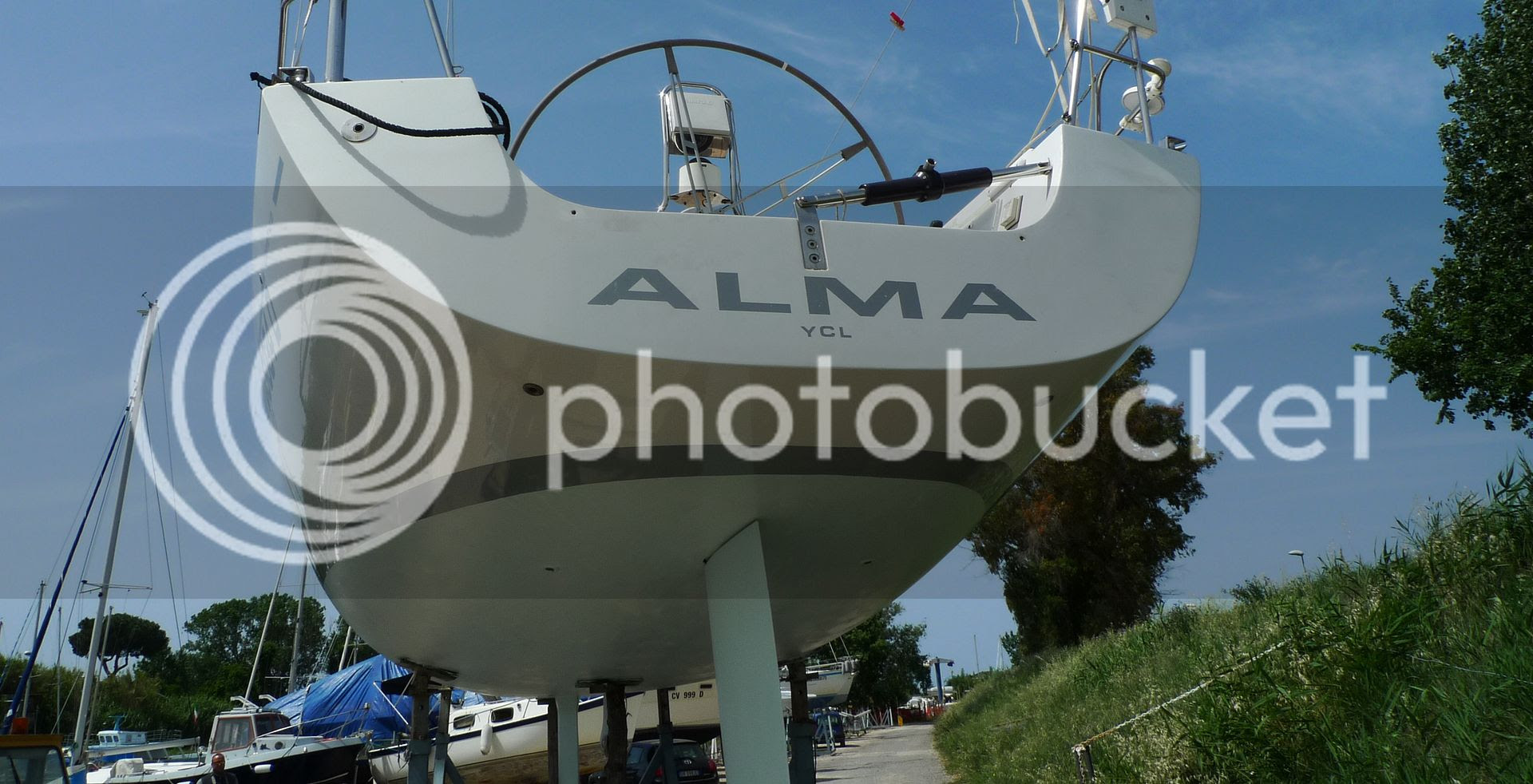 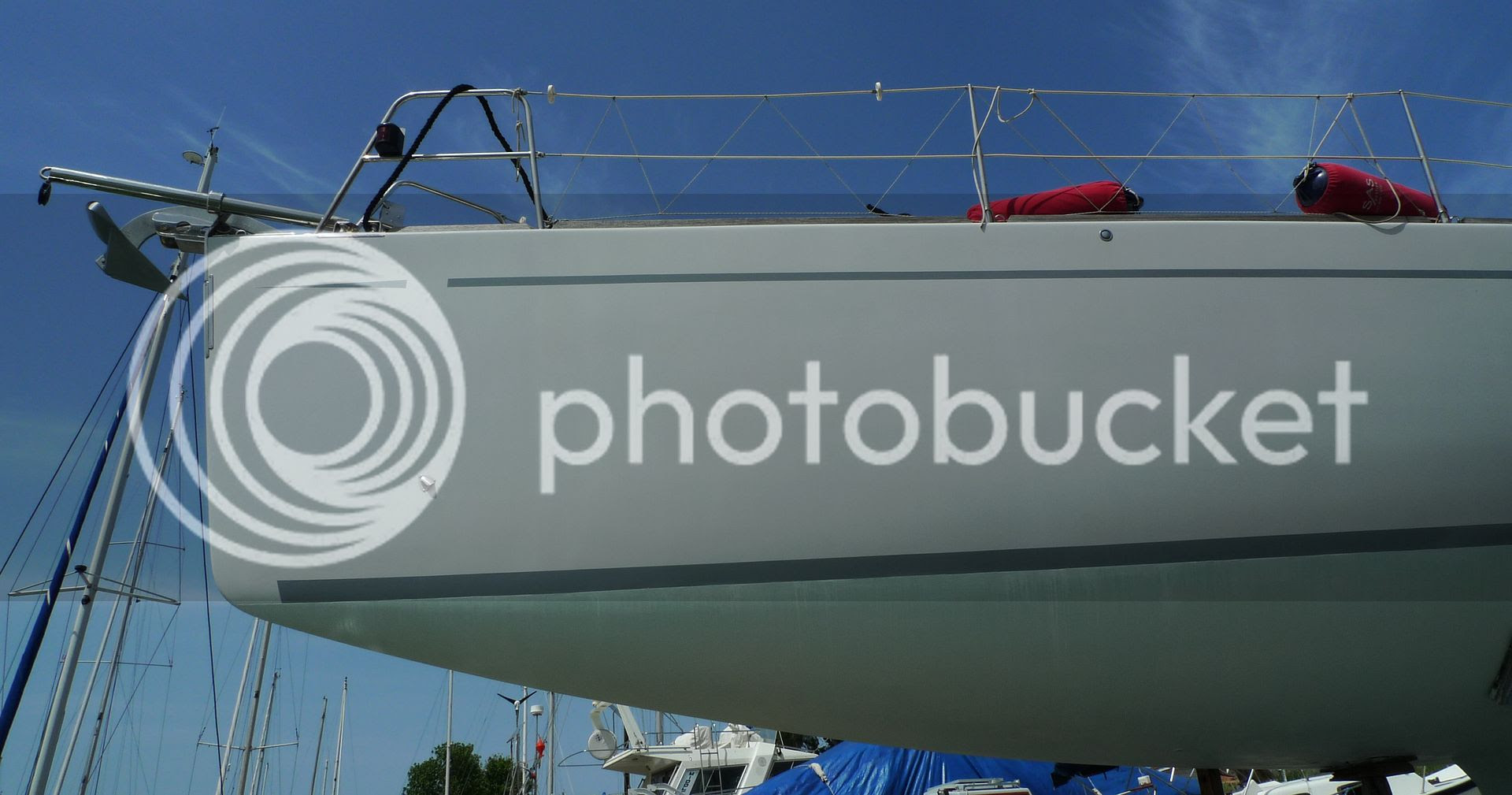 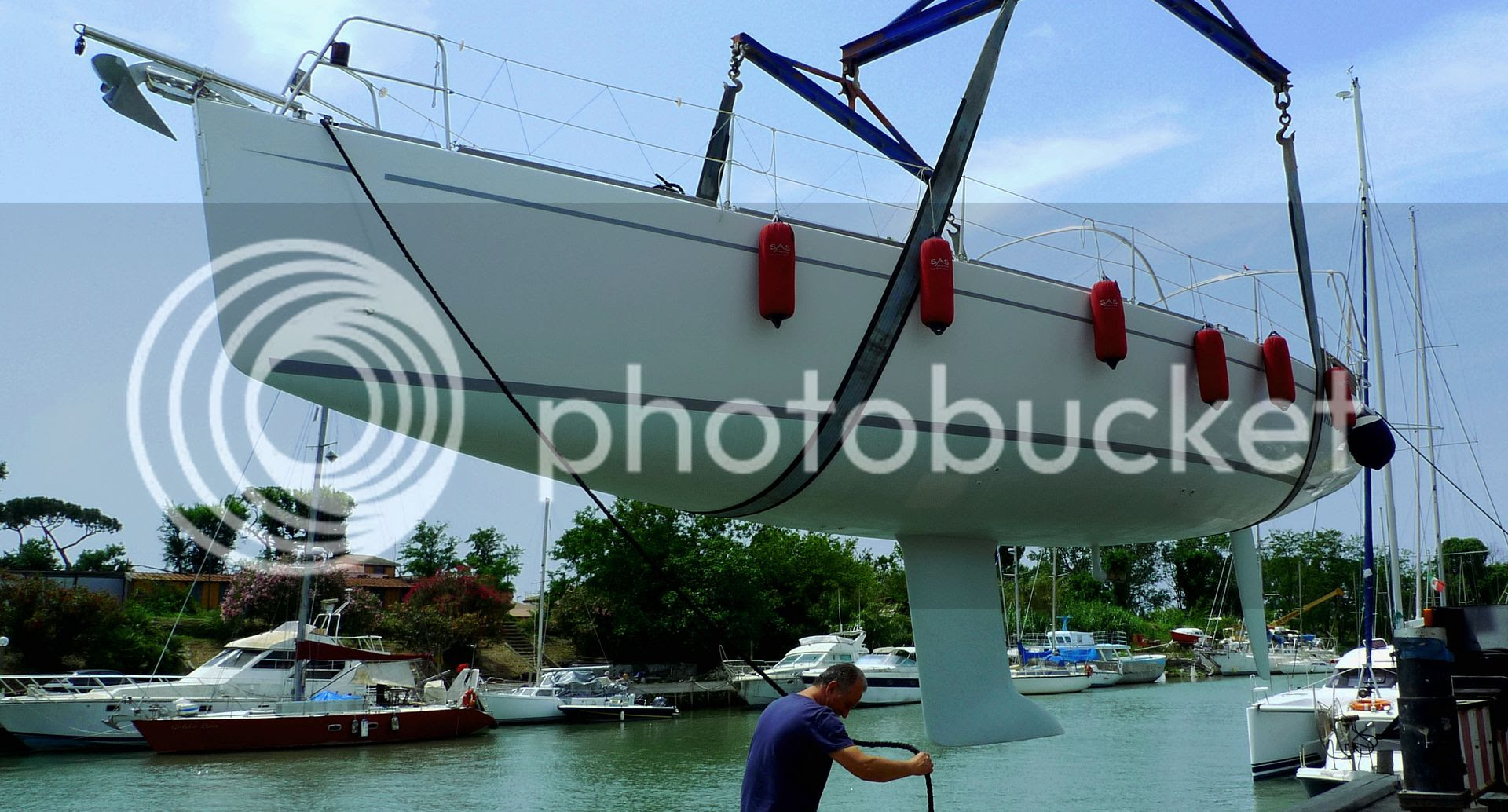