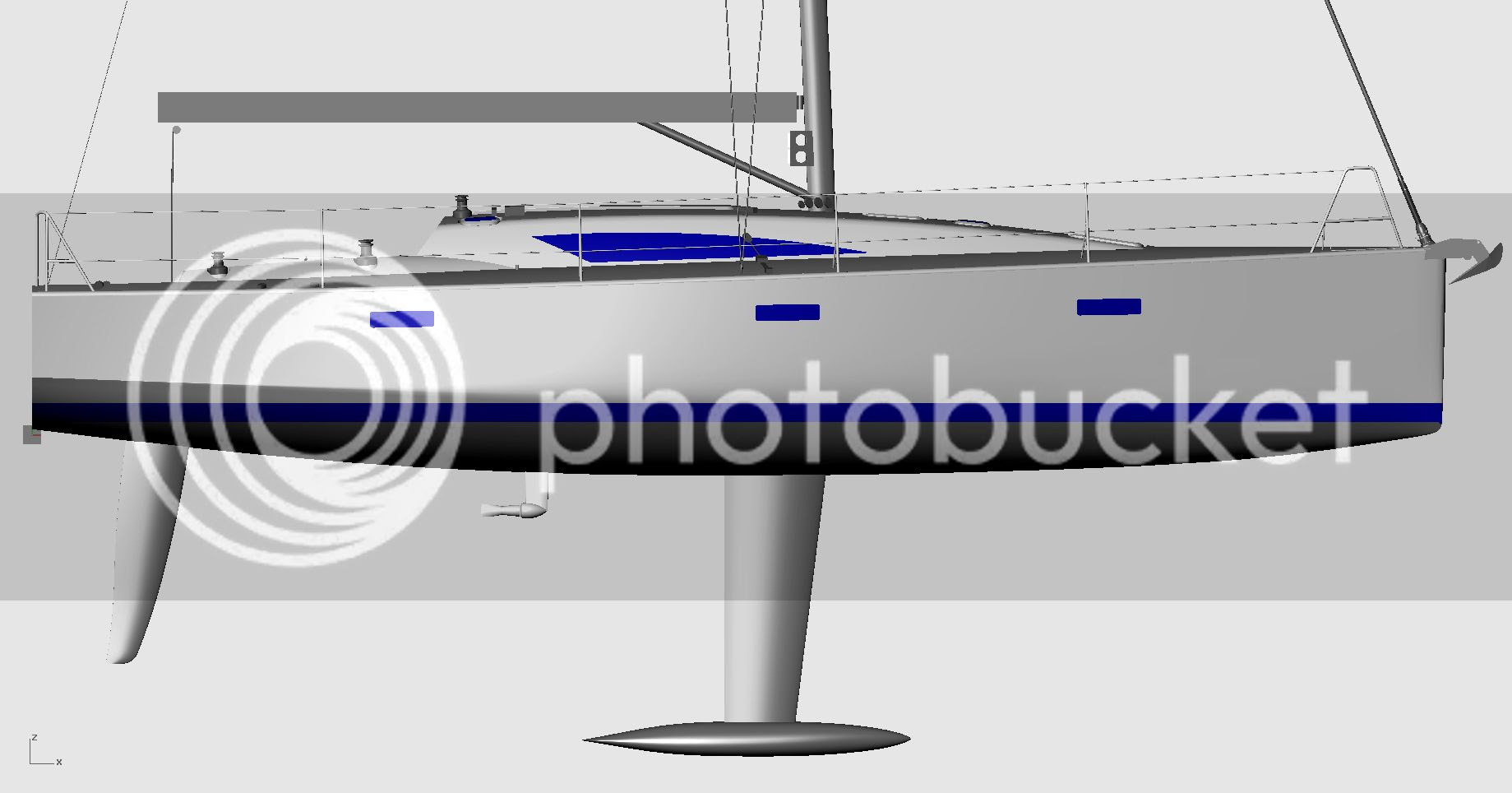 A year ago I had talked about this Hungarian all carbon performance cruiser on the old thread :  http://www.sailnet.com/forums/1042878-post4276.html and manifested my surprise for finding this very good design with already some years, by Andrej Justin, somewhat hidden on the Balaton waters.

The boat did not only looked sharp as it had some very interesting characteristics, starting with the weight (about 4000kg) passing by the overall design and building methods (carbon epoxy sandwich with airex PVC foam core).

Well, it will not be hidden anymore: The Germans of Yacht.de found it and tested it. They were as astounding as I were with this boat and for what I can see they loved it. The full test will come out on the next edition of the magazine. Anders can you tell us something more when you read the test?

By now we can see that the interior is a lot better than the previous one that the boat tested features a  lifting keel  and that the hull is rather narrow (3.46m) on the lines of some Italian boats but with the beam all pulled back and a transom VOR 70 type. The boat can come with a big single wheel or with a very nice tiller setup that I prefer. I like it a lot :-).........................(photos by Yacht.de) 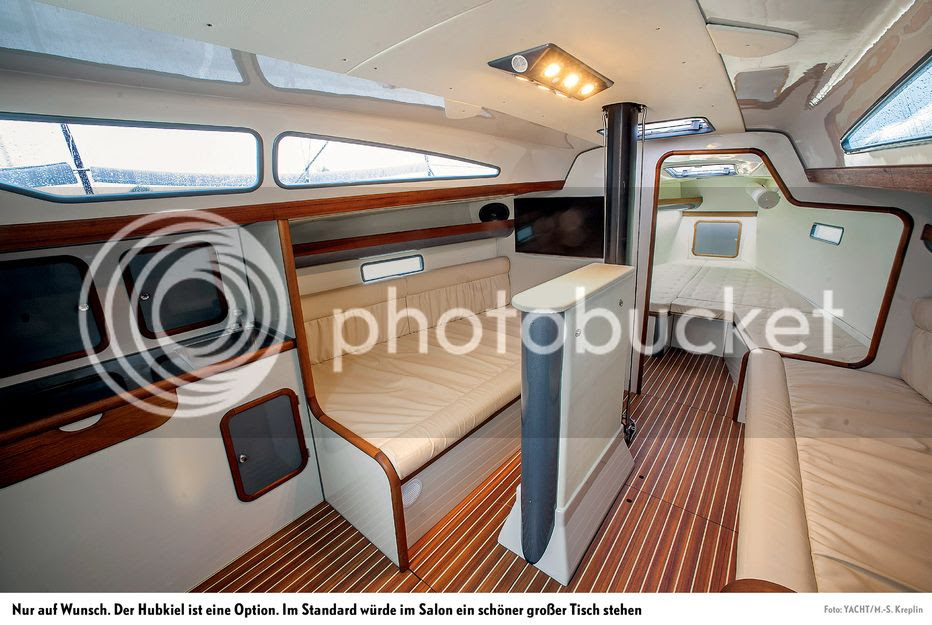 Anders:
On the Nautic 370 Yacht.de magazine boat test, in general they are positive, especially with the quality and low weight of the carbon version. The boat can also be ordered with normal laminate and then the boat will be approximately 700 kg heavier. They also liked the customization approach, only possible on a small yard, the single wheel and the direct steering.

The Nautic needed reefing at 15 knots and reached a top speed of 16 knots with gennaker (wind 4-6 Beaufort) but it was in a rather racy mode and the boat was not loaded. They did not like the rather high price of the carbon version. They did not have a price for the non carbon version.

Thanks Anders! It seems that fast boats, specially carbon ones, are expensive even if made in Hungary. Boats made in small shipyards with high quality are expensive even if the labor is not very expensive. We had one made in Portugal; it ended up so expensive that I never managed to know how much it really had cost.
Posted by Paulo at 11:39 AM