MR PELICANO ON THE J70

This weekend will be two days of practice in the J/70. I had my very first sail in the boat last Sunday, in about 12-18 knots, with some larger puffs, in light chop and a few small waves. There is nothing particularly remarkable about the J/70 but it performs well on all points of sail. Due to its greater displacement, it goes upwind quicker and with less pounding than the Melges 24 and Melges 20, although the class restrictions against "extreme hiking" prevent it from going even faster, in a breeze. Off the wind, it's quite stable but takes more wind to get on a plane and stay there; the driver and trimmers have to be very focused to maintain the pace. The Melges 24, by contrast, gets on the plane very quickly and will stay there provided the crew weight is positioned responsively. 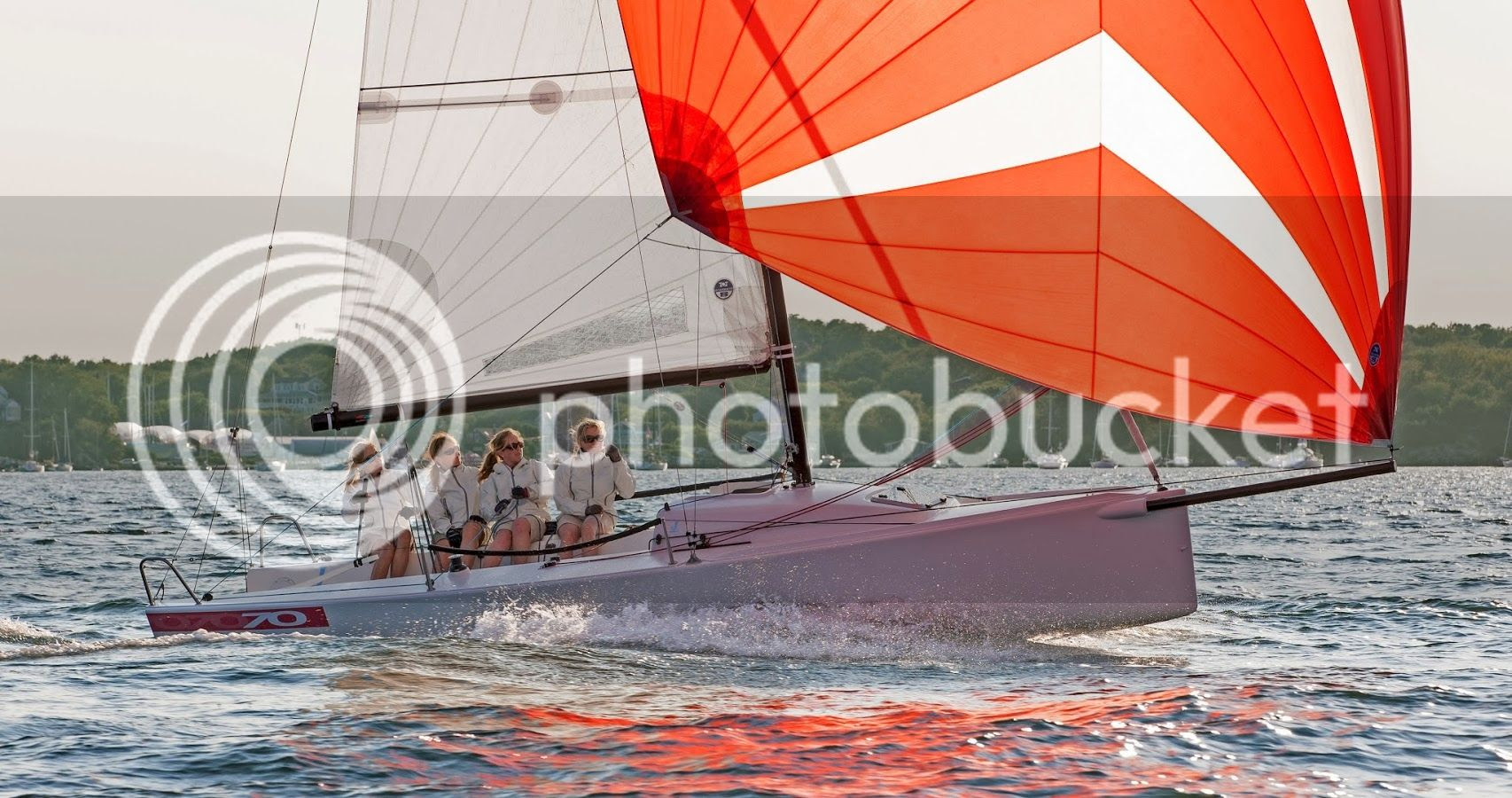 Ultimately, the major appeal of the boat is that the fleets at major U.S. regattas have been huge - nearly 80 boats at Charleston Race Week this year (going on as I type), with pretty decent quality, including Category 3 professionals. That was my own motivation in agreeing to crew on the locally-based #404 this season, rather than race my Laser or the Swan 42. I'll still race my Laser in a few events, including the North American Masters, and I have a few Farr 30 events on the schedule, just for fun (love the Farr 30), but mostly it will be the J/70.

Next year... I'll have to wait and see. Big boat racing is nearly dead in the U.S. right now (only 4 boats in HPR at Charleston Race Week - 3 Carkeek 40's and a Farr 400) so maybe I'll have to consider switching to multihulls or something. 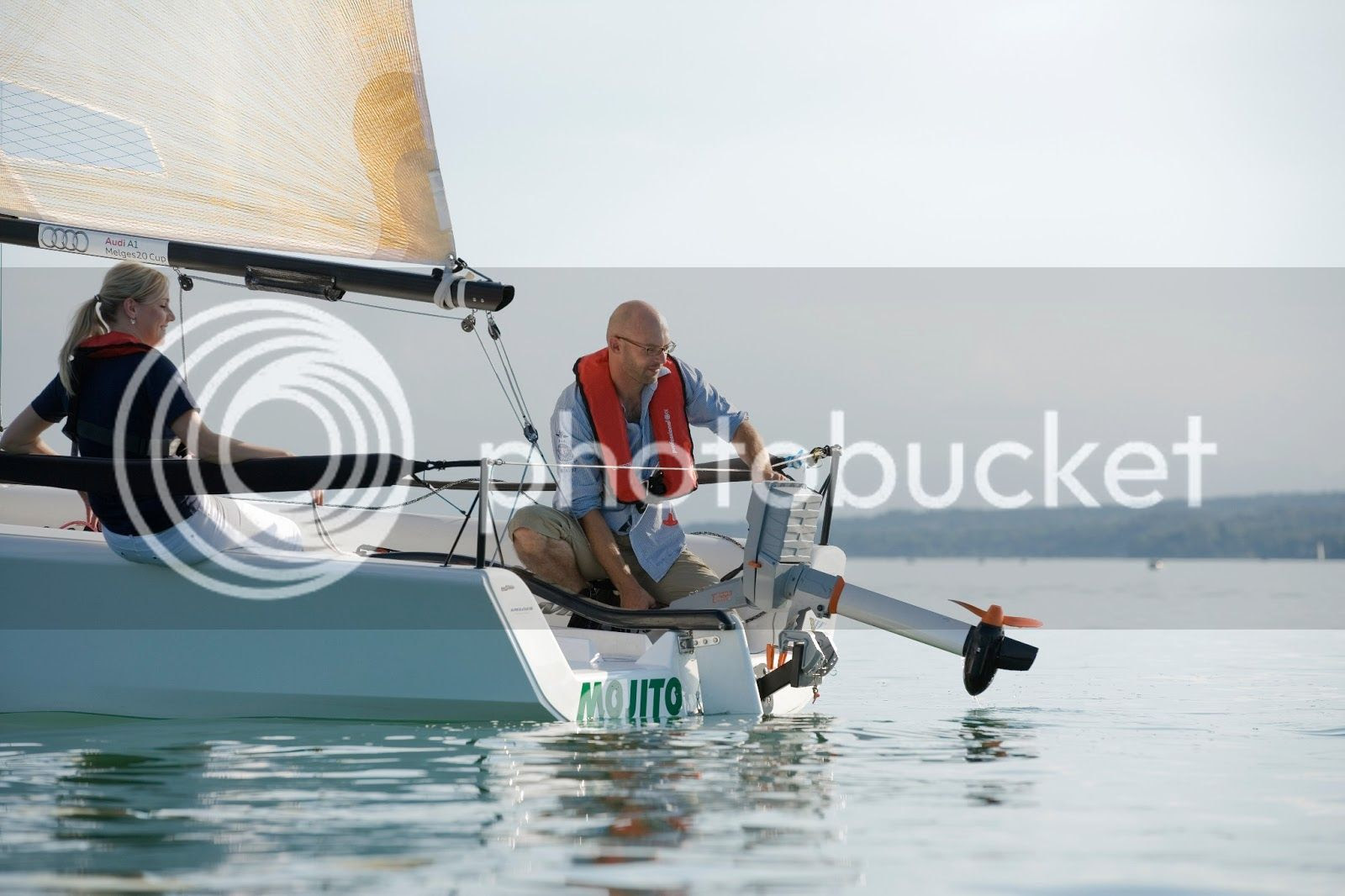 Hi!, great post as usual, thanks. As you know in what regards market the J70 is a different boat compared with the other monohull racers you named, well at least in Europe since in the States it seems the boat is used practically only for racing. In fact around here the boat is described by J composites (that builds it) as:

"The J-70 is a sportboat that will satisfy the ones looking for strong sensation while allowing a family use. Indeed, the retractable J 70  keel and ballast witll  gives it  the stiffness that allows sailing with children without the need of  hiking to keep the boat balance. This makes the J-70 a safe and reliable small sportboat."
This is a translation from what they say in French but if you go to the same page in English you will see that the way they promote the boat is quite different : 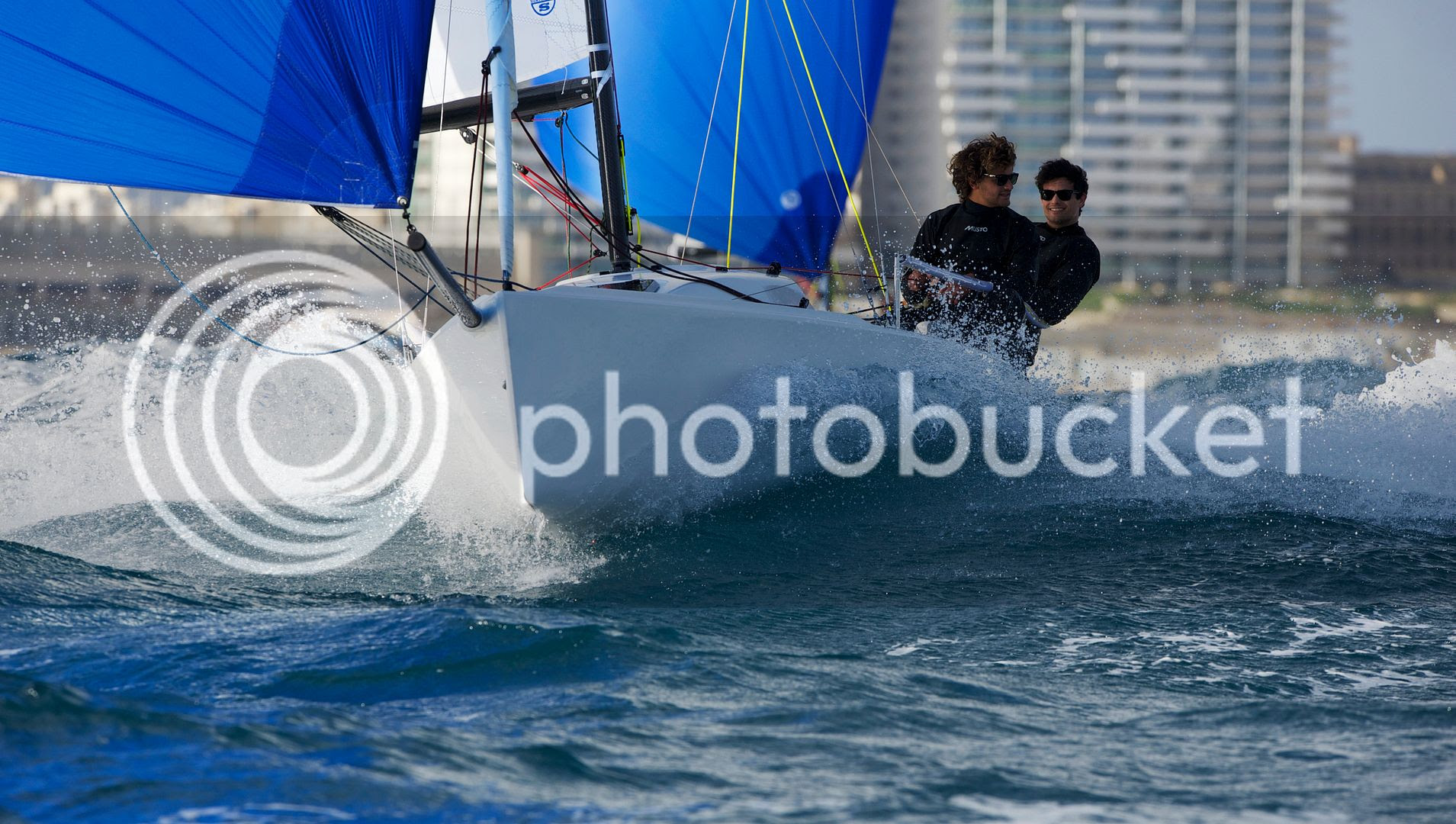 "The J/70 Speedster is J/Boats' first ramp-launchable keelboat, designed to fulfill the growing need for an accessible, high performance one-design that is exciting to sail, as well as being stable enough for family outings and built to last. The J/70 is a reliable and safe sportsboat."
Family use passes to a foot note while the boat passes from one able to deliver strong sensations to a high performance one-design :-) 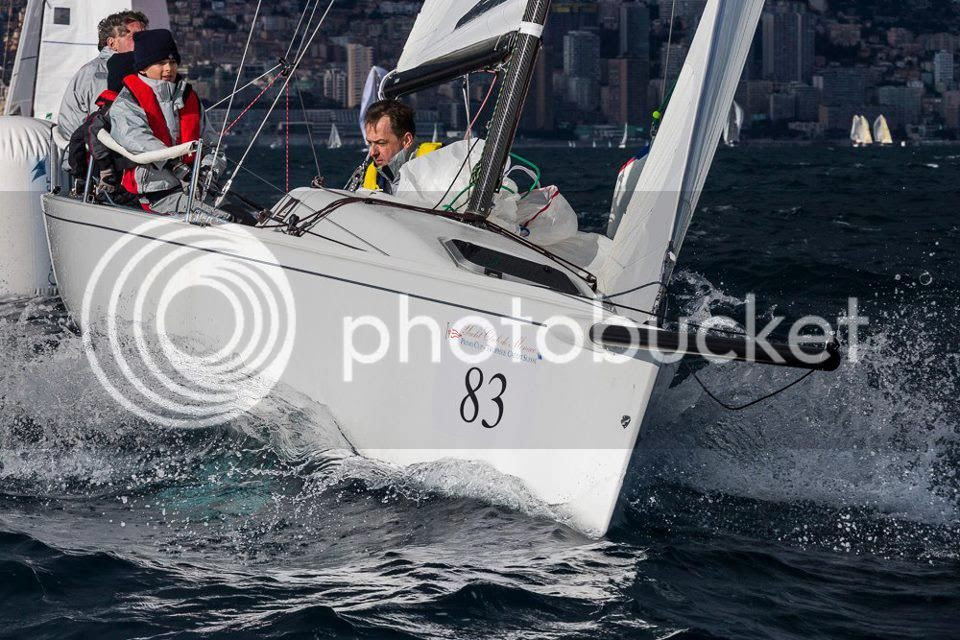 As a high levell race boat, as you pointed out, the boat will leave much to be desired, because it is not one, but a dual purpose boat and a very good one.  That explains why the boat beat on the 2013 European boat of the year another great boat, the Seascape 27 (that being also a dual boat is not designed for the same type of sailing).
Now think of it not as a high level race boat but imagine yourself having one on the garage, to race occasionally but also to sail and have fun with the kids and the family on semi protected waters and I guess you will agree with me that it is a great boat for that dual intended use or even to race with the family. In Italy there is a father that is racing with its 8 and 10 year old son's. That's the spirit :-) (Look at the picture above).


This is an interesting J/70 video insofar as it demonstrates the paradox about this boat which Paulo mentions in his discussion. Clearly it is highly stable in big breeze - note that the crew is not having much trouble keeping things under control upwind or under spinnaker. If not for all the surrounding boats, they could be out having a leisurely day sail on a windy afternoon.

The flip side, of course, is that you can't win races in the J/70 sailing it like they are - i.e., in a leisurely manner. From my own brief experience in the boat, here's what I notice:

1. With three on the boat, in breeze, two people need to be legs out hiking upwind, to the limits of what the class rules allow. The driver then needs to play the traveler and mainsheet aggressively, to minimize heel.
2. Similarly, in heavy air the trimmer should be cross-sheeting the jib and easing it in puffs, with waves that large, to keep the boat driving upwind. This is something mentioned by leading J/70 skipper Tim Healy, from North Sails, in his videos.
3. Downwind, the crew is not shifting their weight responsively enough. You literally have to keep moving fore and aft to maximize the planing potential of waves and keep the boat in the groove. The Perihelion crew moves a few times, but mostly sits comfortably on the rail, enjoying the ride. 4. The bowman needs to be trimming the jib downwind, in planing conditions, as well as the vang. He does neither on this boat, while the kite trimmer makes almost no adjustments to the spinnaker, just the occasional tweak.

So, it is no surprise, then, that Perihelion finished 37th out of 38 boats at Key West Race Week in 2013. Perhaps they were only out to have some fun, which is terrific. Glad they made the trip. But if they want to be competitive in that class, they need to take advantage of every little trick to make the J/70 sail to its maximum potential. While it may not be as physically demanding as the Melges 24, it still requires you to work hard for every .10 of a knot. :)

During our practice session today, we focused on spinnaker sets, since we are having some difficulty there. The triangle between the jib leech and the lower shrouds is rather narrow, so getting the tack of the spinnaker deployed takes a bit of muscle. Then it is crucial for the bowman to literally throw the head and body of the sail away from the boat, while someone else wails on the halyard, so the kite doesn't get caught in the spreader (which happened once today).
We experimented with leading the tack line aft so it could be deployed by the driver (3-up) or the main trimmer (4-up), leaving the headsail trimmer to handle the pole and halyard.
That seemed to work much better than having the headsail trimmer handle pole, tack and halyard. Take downs where not an issue, as I have a lot of experience from the Melges 24 and other small sprit boats. Upwind, we experimented with jib car settings and in-hauling the jib using the windward jib sheet (no separate in-hauler is allowed under class rules).

The Quantum sail we're using likes to be trimmed very flat in over 8 knots, with significant in-haul in flat water conditions (like today). In chop, the sail needs more camber and the slot needs to be opened, so you can maintain power. As mentioned above, in big breeze, the trimmer can ease the jib in puffs and waves from the rail, then grind it back in via cross-sheeting on the windward winch. A lot of work, to be sure, but very fast. More of the same for us tomorrow, as we prepare for our first regatta of the 2014 season, at American Yacht Club Spring Series, two weeks from now.

Maybe they are following us and can learn something :-). Thanks again. Keep us posted on your season and see if you can have a Gopro aboard!!!  Those guys are not top sailors but they not only had fun as they made a nice movie :-)
Posted by Paulo at 6:24 PM