Harald Sedlacek arrived yesterday at Palm Beach after a Transat that lasted 87days aboard Fipofix, his 16ft mini-mini with 4.6m made of a vulcanic composite.
His last entries on the log:

11.04.2014:
„Permanently I had to contact the large ships, so that I am not even sunk on the last miles!
Nevertheless it is a great feeling to sail between the Bahamas and no longer in January at Cape Finisterre. In between, I am curious how I feel, when I will go on land again for the first time after three month."

„I had to service the emergency rudder again, as it is cracked by many manoeuvres. The goal is not far away – I’m looking forward to the arrival in Florida!”...„Off to Palm Beach, I should be there in the morning hours! I hope that everything fits well tomorrow, because then I will be back on land again and then I can eat until it tears me apart.”

13.04.2014
„I drifted for three hours, so that I’ll be in Palm Beach when the marina opens and they can tow me into the marina. Now another leg to sail, I make the cameras ready, then I will prepare the rest and in about two hours I will make my last sail change for the final sprint. Just 23 nautical miles, then I did it!” 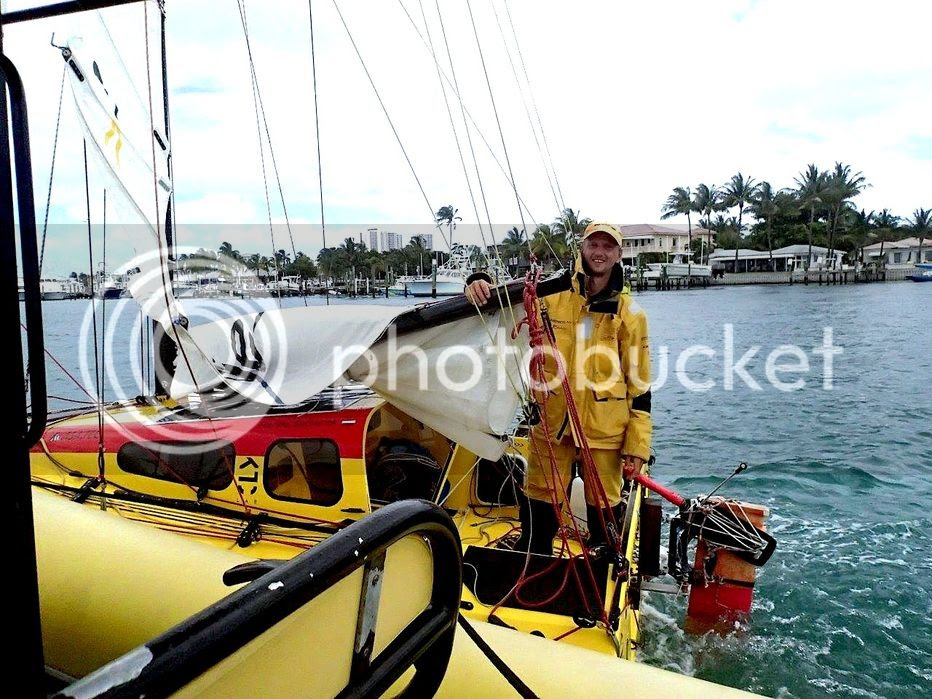 CHAPEAU TO HIM!!!! Look at that rudder :-) he invented that one on the way!!! When he left the rudders were two and  like this: 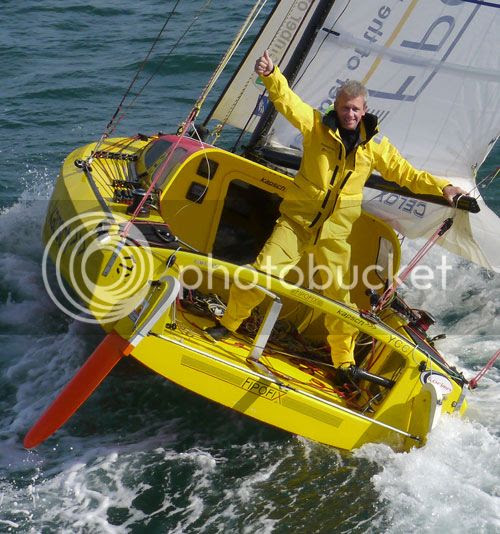 I guess he had the meal of his life yesterday. He needs to recover since this is only half the way for him. The other part is even more difficult since the way back to Europe will not be easier then the way to America.

He has to do something to really improve the Fipofix performance. If he took another three months to get back he will pass half a year on that tiny boat. Probably he hates it already and he has not much time to rest, probably a month or two before going to sea again.

I really hope they will sponsor him the IMOCA boat for the  next vendee Globe, if someone deserves a decent boat...for a change is this Guy;-)
Posted by Paulo at 12:01 AM